The IRS Is Auditing Me!! Oh God, Why Me?

“The IRS is auditing me!! Oh God, why me?” This is the clean version of my client’s first thoughts when they receive their audit report.  Then, naturally, they start franticly thinking about their return; if it was done correctly, what the heck did they deduct and what to do now. 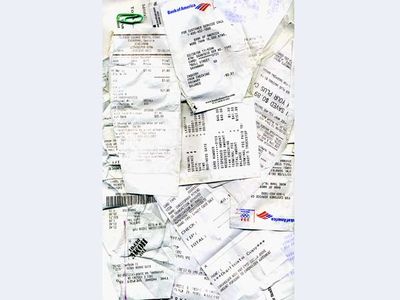 If this happens to you, first of all, you have my sympathy. Second, I suggest you have either a CPA or tax attorney to represent you. Reason being, they have the training and experience to deal with an auditor. As I mentioned before, they will charge you but their fee can be cheaper than the changes done to your tax return. Plus, it can take some of the pressure off you! Then, I suggest rummaging through your records to find the back-up for your tax return. When we say back-up the IRS wants RECEIPTS, RECEIPTS, RECEIPTS!! CREDIT CARD STATEMENTS AND BANK STATEMENTS DO NOT HAVE ITEMIZED DETAILS SO THEY CAN DISALLOW YOUR DEDUCTIONS. The IRS is tough and are playing hard ball. So you need to have proof that you indeed paid for the deductions you have claimed.

Unfortunately, an IRS computer is to blame for most audits. Every tax return filed is analyzed by a computer called the Discriminant Function(DIF),  and it scores your return compared to other returns similar to yours. Based on that score, DIF will determine if you need to be audited. For example, you have a business and made $100,000 in sales and took a deduction of $ 75,000 in advertising (not many businesses spend most of their sales income on advertising), chances are you’ll raise flags. Though a small percentage of tax returns are actually audited, deductions like these will surely increase the chances.  Trust me, you don’t want to win this lottery.

Author and attorney Frederick W. Daily (Stand Up To the IRS, $29.99, Nolo Publishing) lists the following items as factors that are likely to figure into the audit selection process. These include:

· Comparative size of the item to the rest of the return. This is like the advertising analogy. It does not make sense to the IRS to spend 75% of your income on one expense.

· An item on the return is out of character for the taxpayer. Example: A restaurant owner claiming 25% of their expenses on travel.

· Evidence of intent to mislead on the return. Filing a tax return with missing schedules or not providing all information asked for on the forms raises questions.

· Self-employment income. The IRS is most suspicious of people in business for themselves. Sole proprietors are four times more likely to be audited than a wage earner.

· Losses from businesses and investments claimed on the tax return. If your business and investments show losses on your tax return, the IRS may want to know how you paid your bills. Most likely to be audited are taxpayers reporting a small business loss.

· Sloppiness and round numbers. A messy return, especially if handwritten, attracts attention. The use of rounding is a dead giveaway that you are estimating and not reporting from records.

So how do I avoid an audit? Well, you may not be able to. I always advise my clients to take every deduction that they are entitled to. But, the key is to have the back-up to support the deduction! I cannot stress that enough. If you do, then you will be sitting pretty during an IRS audit.

Future posts in this series will discuss the most common deductions and what documentation is required.