Tax Tip of the Week: Filing an Insurance Claim Is Critical to Deducting a Casualty Loss

Home » Blog » Tax Tip of the Week: Filing an Insurance Claim Is Critical to Deducting a Casualty Loss 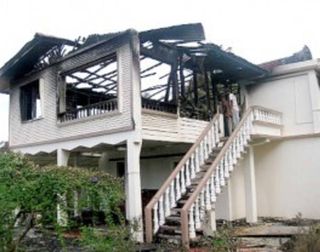 A
casualty loss is the damage, destruction, or loss of property resulting from an
identifiable event that is sudden, unexpected, or unusual.

Non-deductible
losses that are not considered sudden, unexpected or unusual include items such
as accidental breakage or damage done by a pet, a car accident if caused by
willful negligence or a willful act, lost property, progressive deterioration,
and termite damage.

You
calculate a loss by taking the lesser of 1) the adjusted basis (cost) in the
property before the casualty or theft, or 2) the decrease in fair market value as
a result of the casualty or theft.  This
amount is reduced by any insurance that you received, expect to receive, or
could have received if an insurance claim had been filed.

The
calculated loss is then reduced by $100 per casualty and then by 10% of adjusted
gross income (AGI).  The loss is then reported
as an itemized deduction on Schedule A.

Filing
a timely insurance claim can nail down a casualty loss deduction.  A recent court decision said this was true
even though the claim was later denied.
A couple whose house was destroyed in a fire filed a claim with their
insurance company the very next day.  The
claim was later denied because they failed to timely submit proof of the items
that were destroyed in the fire, as their policy required.  Even though they failed to fully pursue the
insurance claim, the court allowed the casualty deduction (Ambrose, Ct. of Fed.
Cl.).

Like any good CPA, I need to add a
disclaimer:  Unfortunately, it is
impossible to offer comprehensive tax info over the Internet, no matter how
well-researched or written.  And
remember, I love my readers, but having me bookmarked on your computer doesn’t
make you a client:  Before relying on any
information given on this site, contact a tax professional to discuss your
particular situation.