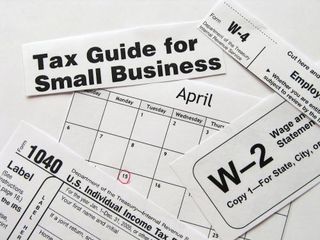 Time is running out to lower your income tax liability for 2010. This article presents 9 ideas that business owner’s can consider implementing between now and the end of the year. Remember, after the new-years day celebration 2010 is history and it’s too late to do anything to lower what you will owe next March or April.

The new small business law provides two tax incentives for business owners in 2010. Buying new equipment and software will allow you to write-off up to $500,000 in section 179 deductions. You can also claim a  50% bonus depreciation for qualified new equipment.

A new tax law – the Hiring Incentives to Restore Employment (HIRE) Act – provides a tax break for employers looking to expand their business. Hiring job candidates who have been out of work reduces your social security tax (6.2% of wages). The worker must be hired by the end of the year. A qualified worker for this purpose is someone who hasn’t been employed for more than 40 hours during the previous 60 days.  Your business may also be able to claim a tax credit of up to $1,000 per qualified worker who remain employed for at least 52 consecutive weeks.

Generally, an accrual-basis business can deduct bad business debts when they become uncollectable. Be sure to keep detailed records of all your collection efforts in order to support your bad debt write-off.

Look over your business location the way a new customer would see it. Repair the small things that detract from it making a good first impression by the end of the year. Remember, large remodeling projects are depreciated over a period of years.

Old inventory that is sitting on your shelves is of no use to you. Donate it to charity, dump it, sell it a major discount to get some cash. You also may be able to write down inventory to market price if it is below your original cost. Be sure to have documentation for any of these moves.

Wages paid by a parent to a child are deductible by the parent and included in the child’s income – often at much lower tax rates. The child may avoid tax in total by making an IRA contribution.

Consider setting up a retirement plan. Profit sharing and pension plans need to be established by December 31st but the retirement plan contribution can be delayed until the due date of the tax return including extensions (Sept. 15th for corporations and partnerships; Oct. 15th for sole proprietors. Simplified Employee Plans (SEP) can be established and contributed to up to the due dates of the return. This is a very complicated area full of rules – be sure to get advise.