Tax Tip of the Week: 2013 Refunds Will Be Delayed Due to Identity Theft & IRS Inefficiency

Home » Blog » Tax Tip of the Week: 2013 Refunds Will Be Delayed Due to Identity Theft & IRS Inefficiency 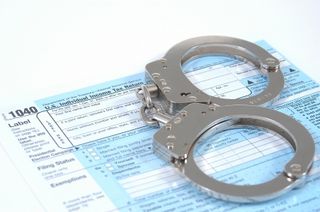 According to IRS officials, identity thieves took stolen Social Security numbers and filed unauthorized refunds early in the past filing season.  Taxpayers discovered their identity had been stolen only after they filed their true tax returns and had the return rejected.

No one really knows how much the fraudulent refunds total.  This is an excerpt from an article in Forbes Magazine (http://onforb.es/MZkkfB0 ) that discusses how easy this type of fraud is:

Career criminals know easy money when they see it. The police say they run across street corner drug dealers and robbers who have been in and out of prison for years now making lots of money by filing fraudulent returns. Some have been spotted driving Bentleys and Lamborghinis.

“A gentleman, a former armed robber, said: ‘I’m not doing robberies anymore. This is much cleaner. I don’t even have to use a gun,’ ” said Sgt. Jay J. Leiner of the economic crimes unit in the Broward Sheriff’s Office, which has formed a multiagency task force.

Mr. Ferrer, the United States attorney, said he had seen tax fraud overtake violent crime in Overtown, a poor, high-crime section of Miami. He said criminals there were holding filing parties, at which they would haul out laptops and, for a fee, teach others how to run the swindle.

You can almost always count on two things: First, when there is an easy way to make money, someone will take advantage of it.  (It’s great to see the entrepreneurial spirit is not dead.) Second, large government agencies are inherently inefficient.  They are just too big to react quickly to changing threats.  Besides—it’s not their money anyway!