Starting a Business From Home Is Often the Best Choice 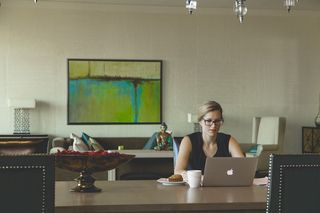 When I started my business back in 1991, my office for the first three years was based in my home.  A recent study shows that this is very common (http://smallbiztrends.com/2013/07/home-based-businesses-startup.html).  The study found that 69 percent of startups were home based.  What was surprising was that 59 percent of established businesses were also home based.

I guess it isn’t that surprising that so many businesses are run out of the home.  Many businesses today involve work that is done “virtually”.  Technology is much more important to the business than an actual physical location.  This is especially true in the “knowledge” businesses.  A quick tour of fiverr.com and elance.com reveals thousands of people running online businesses doing thousands of jobs as independent contractors.  Most of these independent contractors can easily run their business from anywhere in the world.  All they need is a computer and the Internet.

Here are some other interesting facts covered in the study:

This study shows that the way entrepreneurs run businesses in this country is very different from the government’s rigid and limited ways of measuring employment.  It also shows that it is much easier to start businesses than most people are led to believe.