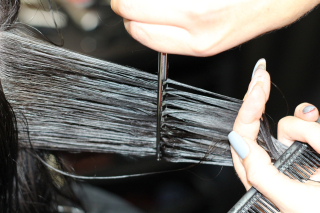 My daughter recently purchased salon services through one of those web deals where local companies offer discounted pricing for their products/services. She saw a deal from a salon that she remembered had a good reputation and was normally pretty expensive, So she bought it.

When she got there with her cousin, who also purchased a deal, one stylist was at the salon. The stylist takes the two girls and starts the consultations.  As the stylist starts their services, other customers start coming in. The stylist has some customers wait and turns others away. Not good!

As the stylist is working on my daughter, my daughter feels as if the stylist is cutting corners, and she didn’t even get everything that was advertised on the deal. When my daughter got home she was not happy with the service or the final product, and will NEVER go back to that salon.

This is a perfect example of bad marketing. The salon owner had the right idea in offering their services at a good price, but wasn’t delivering what they had promised and provided only subpar services. This promotion may have made them money in the short term, but potentially may have signed their death sentence. Now the salon owner has created a scenario where they have aggravated potential new loyal customers and ruined any chances of repeat customers or referrals. Not to mention they have tainted their once good reputation.

Business and marketing is about the loyal customer. If you’re not offering your customers 110% of your resources all the time, don’t even bother! Without repeat business and a good reputation, your business is dead before it even started.