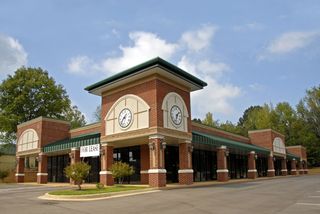 Over the years I have worked with many business owners that learned a lot their
first year in business.  A lot of them now tell me that they regret signing a long-term lease agreement just to save some money on rent.  Now they realize that the “deal” they got is costing them more money than it is saving them.

The location of your business is one of the most crucial decisions you’ll have to make.  Whether it is convenient for you or your customers, your location has to meet your needs.

I had one client that signed a 5-year lease in a small shopping center on the far West Side.  He didn’t think twice about it because he only needed a small office and was on the road most of the time.  Well, after a couple of weeks he realized he should have gotten an office in the center of town.  He spent so much time running back and forth between his office and his clients’ locations that he was paying tons of money for gas, adding tons of miles to his car, and wasting time that could have been spent more productively.

Another client decided to open a store in a shopping center close to a bar-and-grill.  The client thought it would help generate more business, but that idea backfired.  Due to the popularity of the bar-and-grill, there was never any open parking, and store customers complained that it was inconvenient for them to shop there because of the traffic from the restaurant.  Eventually the client had to close the store because of the bad location.

My last story will be my own.  Let me start by saying I hate moving.  It’s a pain and it takes time away from work, so I would rather not move if I can help it.  If you’re a veteran client of mine, you know I have had two moves in the last ten years.  My first move was from 3110 Trawood to 3100 Trawood.  I had outgrown my original office and needed a space that would let me grow even more, but I really didn’t want to move too far from the area for fear of losing clients.

Just as the lease was up on 3110 Trawood, 3100 Trawood became available, so I took it.  The space had an unconventional layout and parking area, and I had to share the building with a masseuse and an escrow company.  I cannot complain about our neighbors; they livened up the building, but the parking situation became an issue.  Soon, I realized there were other problems with this new location.  The layout was not really set up for what I needed to function at 100%, a bank opened across the street which made leaving the office a safety issue, and clients never knew which way to go when they entered the building!  To top it off, I still lost clients due to the move.

When the lease was up on 3100 Trawood, I had to make the decision to either stay or move.  I thought about what I needed from an office and what would benefit my clients.  In the end the best choice was to move.  Now that I had experience under my belt, I had a better idea of what I wanted to get out of a new office.  I needed an open space that would provide multiple areas for my employees to work, a good size conference room, and a fair amount of parking.  I also had to accept that I would run the chance of losing clients no matter what location I chose.

Which brings us to today.  We have been at 11208 Montwood for 2 tax seasons now, and I must admit that it has been one of my better business decisions.  My staff and I are able to work more efficiently, clients have been able to find us more easily, and we have been able to provide better service.

I know rent is one of the biggest costs you will have, but going for the deal can literally cost you more than your savings.