Bunch Your Itemized Deduction to Save Taxes

Home » Blog » Bunch Your Itemized Deduction to Save Taxes 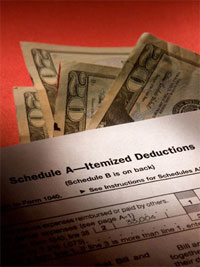 If your itemized deductions are close to
the amount of your standard deduction, they may not save you much, if any, on
your taxes.  One strategy is to “bunch”
as many of the deductions as you can into one year in order to reduce that
year’s taxes, and then settle for the standard deduction the following year.

Here are the itemized deductions that
you may have enough control over to “time” them into one year rather than in
the other: