Are You Ignoring Your Superstars?

Home » Blog » Are You Ignoring Your Superstars? 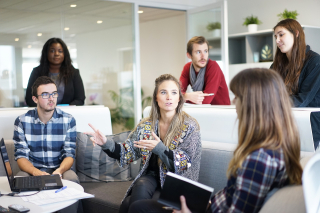 With around 70% of employees reported as being either “not engaged” or “actively disengaged” in their work, and with many of these workers causing problems in terms of productivity, motivation, workplace conflict and a whole host of other things, it is not hard to see why most managers end up devoting so much of their time to them.  All the time that managers spend sorting out squabbles between team members and chasing staff to ensure that they meet deadlines, however, often means that those who are “actively engaged” are being ignored.  Because they are enthusiastic, committed, responsible individuals who can safely be left to get on with the job, in many cases they are just left to their own devices.

Employees who are actively engaged in their work are like gold dust to managers, but if their efforts are persistently unrecognized and unrewarded, they, too, will end up among the ranks of the “not engaged” or, worse still, the “actively disengaged.”  Managers already have to deal with the problem of the bad attitudes of disgruntled workers affecting their superstar employees.  And failing to give the latter enough of their own attention vastly increases the risk of losing them to despondency and ultimately a rival company.