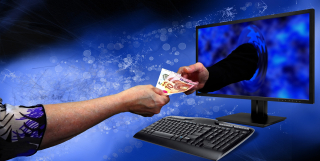 When I first was hired as the CFO of the local Coca-Cola bottling plant, one of my first duties was to put together a policy for collecting receivables.  After three months of work, I had reduced our past-due receivables by over 75 percent.  I then wrote up a policy, trained the receivables clerk on the procedures, turned it over to them and moved on to the next problem.

A few months later the list of past-due receivables was almost back to where it was when I started!  So I repeated everything I did the first time, but this time, I turned it over to my assistant.  A few months later, the problem was back again!

The third time I fixed it, it stayed fixed.  Why?  I kept receivables as one of my main duties.

Profit Tip:  No one will work the receivables the way the boss will!  So make it a priority.

Step 1:  You must make collecting receivables one of your priorities.  Make sure everyone on your staff and all of your customers know how seriously you take this.  The first step is to set aside at least one hour every other week to meet with your staff and work on collecting your receivables.

Step 2:  Establish a system for collecting past-due receivables.  Automate as much of it as possible.  Here is the system that I used:

Step 3:  Decide which customers the owner will call personally to collect the receivables.  Owner calls are a vital part of the collection process.  At every bi-weekly meeting the owner should make a list of collection calls to make.  I decide who to call as follows:

There really is no trick to collecting receivables.  The owner must understand that it is not a sale until the money is in the bank.  Make it a priority and have a system to make it as painless as possible.