24 Tax Tips That Save Business Owners Thousands of Dollars Every Year!

Home » Blog » 24 Tax Tips That Save Business Owners Thousands of Dollars Every Year! 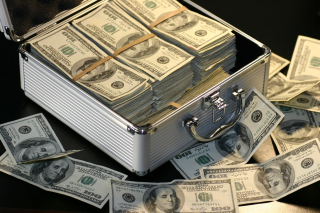 Do you have a plan for dealing with all the new taxes affecting business owners in 2016 and 2017?

Make no mistake about it—the government is raising taxes to cover its excessive spending, and not managing your income taxes can cost you thousands of dollars per year.  I had a client who set up a business using the wrong business entity.  This increased his taxes by thousands of dollars every year.  By simply correcting how the business was structured, I saved him $45,000 this year.  This isn’t just a one-year savings.  Restructuring will continue to save him this amount every year.  If he stays in business 10 years, that’s $450,000 in savings!  In 20 years, he will have saved $900,000 that he would otherwise have paid the IRS, just by having the wrong business structure!  I’m sure we can all find something better to do with that kind of money.  Here are some steps you can take to avoid finding yourself in that situation.

Normally, though, between 85 and 90 percent of small businesses are set up as S-corporations for two reasons:

It eliminates the double taxation discussed above. If I have a business in a C-corp and it does well, the IRS says I can’t take profits out.  I can only pay myself a fair salary.  The excess must be distributed as dividends and taxed a second time at the individual level.

An S-corporation allows you to limit Social Security and Medicare tax payments to the amount of the owner’s salary rather than the total profits of the company. But be careful!  The owner must receive a fair and reasonable  The IRS is auditing S-corporations that pay the owner little or no salary.