What
does that mean to the small business owner? 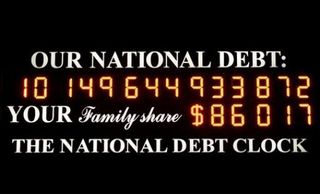 That is not a
misprint!  In the minute it will take you
to read this article (better read fast!), the federal government will spend
over $2 million more than the taxes it takes in. You can easily verify this
information on the Internet.  In 2012,
the federal deficit increased another $1.09 trillion dollars.  That number is so large that I would like to
break it down to something us normal people can at least start to understand.  So here goes—the federal deficit in 2012
increased:

And there is no end
in sight.  The federal deficit is
projected to be between $991 billion (CBO in the Washington Times) and $1.33
trillion (www.USgovernmentspending.com), and this is after the huge Taxmageddon tax
increases and the Fiscal Cliff sequester cuts to the defense budget

Now I’m a fiscal
conservative who believes the government should not spend more than what it
brings in.  And no, I do not believe we
need to increase taxes!  Having been a
trustee on a local school board for six years, I can tell you that there is
tons of government waste in all branches of government.  We could cut 25 percent in real costs from
every single governmental agency without even trying.  The waste is just mind-boggling!

How do I know?

If you don’t
believe me, try a little experiment.  Pay
your kid or your neighbor’s kid to work for you on the weekend.  Then take them to the store.  Watch how much more careful they are spending
the money that they had to earn with hard work than they are with money you
give them.  That’s how the politicians
and government workers are with our money.
They just don’t care as much because it’s
not their money.

Honestly, President
George W. Bush just drove me crazy with his spending deficits during his eight
years in office.  In fact, I was inclined
to agree with then-candidate Obama when he said in 2008 that President Bush’s
deficits were unpatriotic.

If President Bush
was unpatriotic, than President Obama is a traitor to our country! 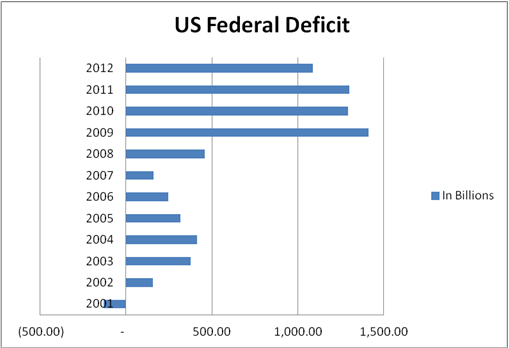 Yes, the
Republicans have controlled the House since 2010, but they have had very little
effect on the budget.  Why?  Because they are spineless!  They know the American voting public really
doesn’t support any budget cuts that might affect them or anyone they know.

What
does the deficit mean to the small business owner?

Most small business
owners will just shake their heads and try to ignore the deficit, because the
numbers are just so ridiculously large that they feel there is very little they
can do.  But this extreme deficit
spending will have, and I argue is already having, a very negative effect on
small businesses.  History indicates that
the following are the most likely outcomes of this excessive spending:

So what should the small business owner be doing now to prepare?

Finally, pray that
the American people and the politicians in Washington start acting responsibly soon.

Oh—and only vote
for politicians who understand how serious the deficit is, and how important
reducing it is to our country’s freedom and survival.  Then hold their feet to the fire.  Keep firing them until the Washington
politicians get the message that you are serious.